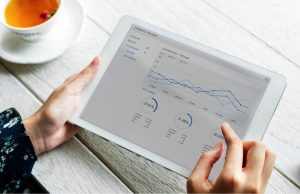 Today, it’s difficult to get by without technology. Even the humble radio has gone digital. And there’s no denying the younger generations are extremely tech-savvy. But what about the older generations?

Technology use among seniors

In 1952, the only ‘screens’ available to most Australians were in cinemas. The launch of mainstream television was still a few years away and dial-up internet only gained momentum some 40 years later, when today’s seniors were already classified as middle-aged.

Despite this, older Australians are embracing digital life. Of course, the engagement level is lower compared to other age groups, but according to the Australian Bureau of Statistics, 55% of older Australians (65 years or older) are active internet users. Seniors are also becoming more active when it comes to technology usage, with many now owning smartphones, tablets, and e-readers. And when it comes to activities seniors are partaking in online, for most it’s accessing emails, using social media, and for some internet banking and transactions.

Barriers to technology use

While digital technology has drastically changed society there are still barriers for many, especially seniors. This comes in the form of a lack of guidance or lack of confidence. Yet, there is mounting pressure to join the online world, simply because the old way of doing things is being phased out. Consider the fact that banks are becoming more and more computerized with tellers non-existent in some branches.

Many people think that older citizens are simply not confident in their ability to adopt a new form of technology, learn about electronic devices and use them properly. Some may also worry about how memory problems may affect their ability to use and access technology. Additionally, other health problems such as a decline in vision or hearing, or reducing gross motor skills are also contributing factors to the apprehension.

However, recent research by Australian Seniors has shown that 84% of seniors are willing to consider adopting new technology–so the barriers to use may no longer be as applicable as they once were.

The future of technology use

Despite the barriers, technology use is still being embraced by the older generations, with many flocking to technology seminars to better understand the digital world. While this is a sign of the times, it’s also because seniors are seeing the advantages of being connected to the online world.

Seniors understand how the internet connects them to family and friends, no matter where in the world they live. It also helps to keep up-to-date with news and current events and provides stimulating games to keep their brains active. In addition to this, the ability to gain extra knowledge is appreciated, whether it’s understanding medical conditions to plan their next travel adventure. The internet opens up a world of possibilities.

Seniors are also recognizing the importance of technology such as smart devices, so they can stay connected even when they’re out and about. They’re even jumping on apps such as Whatsapp and social media platforms to share their lives with their family and friends. Some seniors are even ‘cutting the cord’ literally, signing up to streaming services such as Spotify, Netflix, and Stan so they can enjoy access to more television shows, documentaries, music, and movies.

Of course, just because seniors are embracing technology doesn’t mean it’s an easy road. Many will still need help, especially as technology changes so drastically, so quickly. The benefits of technology are huge, but the support needs to be there so seniors feel comfortable and confident using it.

Author’s Bio: Luke contributes to Forbes on FinTech trends, is a guest lecturer at Sydney University, and in the past, has worked on startups in both South Korea and Australia.